By Deedra Mcgillivray 2 days ago

Outside of Baker’s BBQ of Summerville there’s a molded metal pig welcoming customers in the parking lot.

The piece started off as just an old tossed-out grill that was discovered by the owner. After he reached out to Jason Elam, a local welder and owner of Rocky Steel, it morphed into the metal art sculpture it is now.

“I like doing fun, different ideas like that,” said Elam, a Summerville native. “I just wing it.”

Elam has been working in welding and ironwork ever since he was a teenager fixing his car in his parents’ garage. Since then, he has grown into an industrial welder working on various buildings and construction projects under the Rocky Steel brand name.

In the last few years, he’s expanded his skill set to include more artistic pieces and metal sculptures that mimic things such as animals and plants. Some of his work

By Deedra Mcgillivray 3 days ago

If you’re anything like me, you love to see the silhouette of the great state of Texas plastered on just about anything. The Houston artisans featured here do just that, but in the classiest, most artistic ways.

From handmade wall signs to flocked doormats and wooden welcome signs customized to show off our Texas pride, you can get it all in their online Etsy shops. In case you’ve never heard of Etsy, it’s a global market place filled with handmade and vintage items of all kinds.

Whether you’re looking for

Halloween Decor You Can Keep Up All Season

By Deedra Mcgillivray 4 days ago

You know the routine: You put up decorations for Halloween, only to take them down a few days later. Then, you put up Thanksgiving decorations, only to replace ’em with Christmas decorations. But who has the time for all that?

Yes, you want to be festive, but the seven tubs of decorations you house in your closet dedicated to the holiday season are too much (and, let’s be real, taking up much-needed closet space). But is it even possible to put up decor appropriate for all those very diverse holidays? Even decor you can leave up until after Christmas? Yup! And doesn’t that sound wonderful? Decorate your house just once? That leaves so much more time for holiday activities with the family, from pumpkin picking to snowman building.

Ahead, we’ve gathered up 15 Halloween decorations — including a few DIY decor ideas for all you crafty folks — that you

By Deedra Mcgillivray 5 days ago

A longtime bohemian standard during the 1970s, hanging houseplants have returned in a big way as demand for plants has skyrocketed in the pandemic and Instagram influencers flaunt their indoor jungles.

Plant parents love to dote on their houseplants, especially now that everyone is hunkering down at home, but are all indoor plants well suited to hanging?

Bloomscape’s resident plant expert Joyce Mast advises evaluating your home and lifestyle before choosing a houseplant to hang in your home.

“What kind of light will your plant enjoy?” Mast asked. “How much time will you have to take care of its needs? And are you

12 Festive Ways to Feature Fall Pumpkin Decor in Your Home

By Deedra Mcgillivray 6 days ago

As you think back to your fondest fall memories, a fun trip to the pumpkin patch could very well top your list. And if you’re a fall fan, you’re likely a pumpkin enthusiast, too, whether you enjoy picking bright-orange gourds, savoring sugary pumpkin doughnuts, or lighting a fragrant fall candle.

12 Festive Ways to Feature Fall Pumpkin Decor in Your Home

Save big on decor, furniture, kitchenware and more

By Deedra Mcgillivray 7 days ago

— Recommendations are independently chosen by Reviewed’s editors. Purchases you make through our links may earn us a commission.

Whenever a change of seasons occurs, it’s an amazing opportunity to reevaluate the spaces in your home to see what’s sparking joy for you—and what isn’t. If you’ve been eager to redecorate a certain room, or even just to add a few new accents to it, Home Depot is currently running an amazing décor sale that you’ll want to check out ASAP.

Need help finding products? Sign up for our weekly newsletter. It’s free and you can unsubscribe at any time.

Through Wednesday, September 23, customers can shop the retailer’s Days of Décor savings event to save up to 40% on a huge selection of top-rated furniture, mattresses, kitchen gadgets and so much 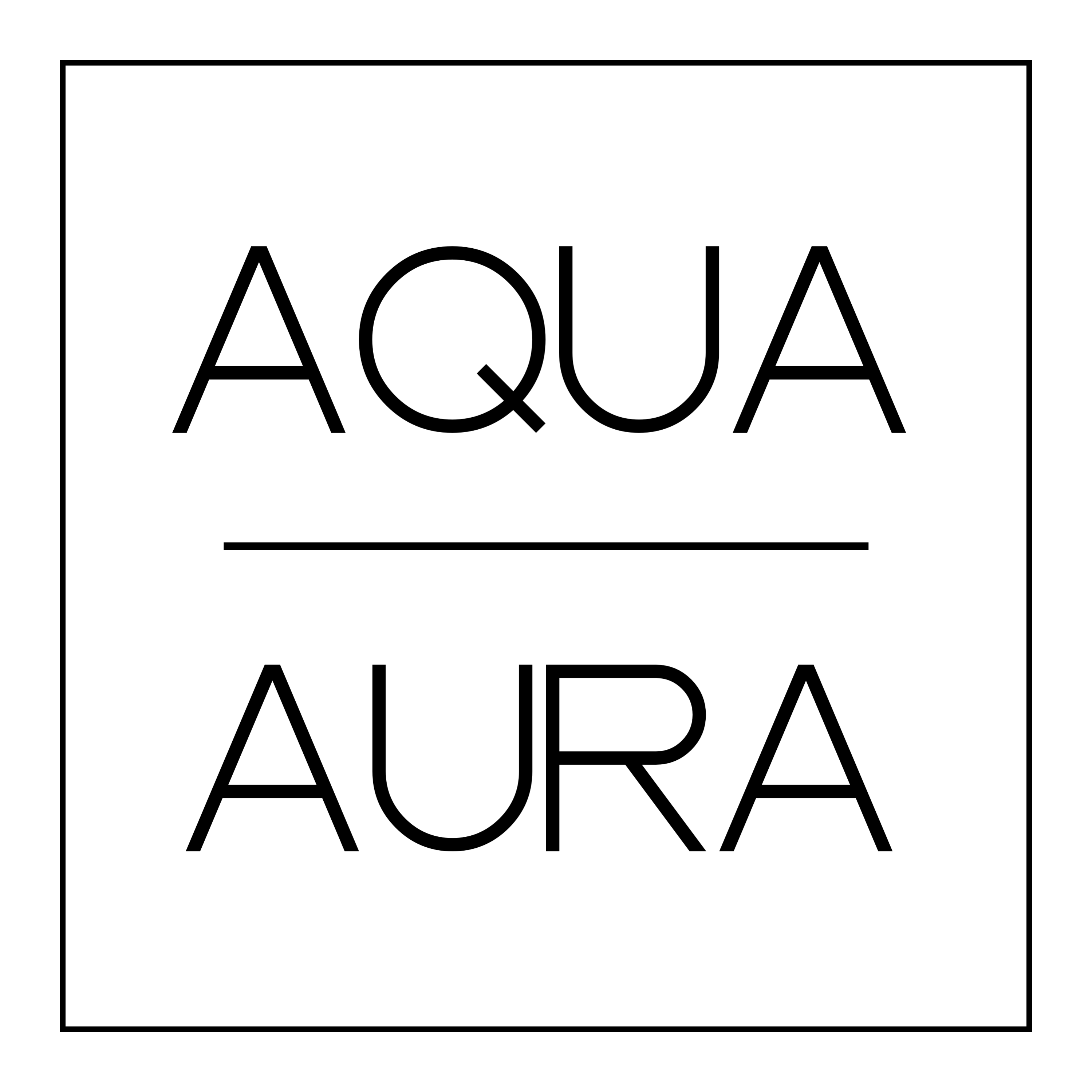 Aqua Aura looks set to give the heavyweights in the home décor industry a run for their money while ensuring that customers in Canada and other parts of the world get the best possible products that meet their taste and personality without sacrificing functionality. Aqua Aura currently offers a plethora of handcrafted home décor products exclusively made in Canada using eco-friendly materials. 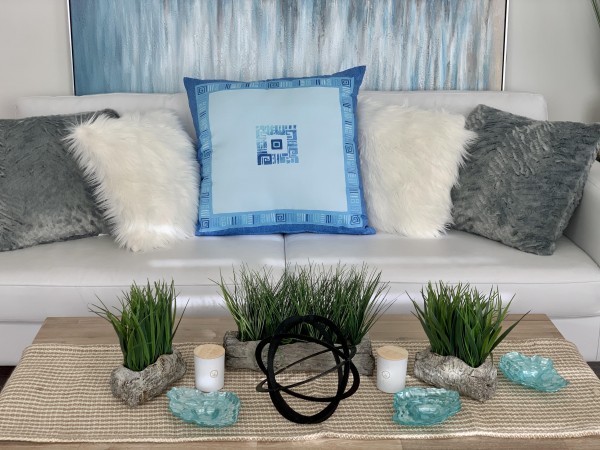 The global home décor industry has witnessed a series of evolution over the years and the market has continued to grow, thanks to the influx of several brands into the industry. According to a report published by Allied Market Research, the global home decor market was valued at over $616 billion in 2019 and is estimated to reach $838.6 billion by 2027, with the U.S., Canada,

By Deedra Mcgillivray 2 weeks ago
Who doesn’t like to decorate the walls of their home? But the idea seems too hassling and many give up on their wishes as not everyone can get themselves expensive paintings, lightings, and other decorative fixtures. So how do you fill-up the emptiness of the walls in your house?

Beautiful nature inspired wall decals, which are also known as wall stickers, can be used as a great alternative as decor options. These decals with nature’s essence will light up your home space and add freshness to your space.

We’ve listed some great decal options to choose from so you can accessorise and upgrade the empty walls of your home.

With a coverage of 140 cm x 110 cm when stuck over a wall, this lovely decal will add nature’s warmth into your room. Made from PVC Vinyl material, this

© Smart Works – YouTube
Meghan Markle has given fans a glimpse of the decor in her new Montecito, Santa Barbara home during a video call with the charity Smart Works.


The Duchess of Sussex celebrated the first anniversary of the release of her workwear capsule collection, the Smart Set, by joining a video call with the charity Smart Works.

During the call, Meghan spoke with three women who have been helped by the charity to return to work. Smart Works equips women

Like so many others, Margie Cook has spent most of this year cooped up in her home. With four kids, two dogs and a hamster, she’s had her hands full. Yet the St. Joseph woman dedicated her spare time, between juggling home schooling in the spring and working from home, to redecorate her home.

“When you’re staring at the walls for what feels like an eternity, you get stir crazy,” she said. “I wasn’t about to tear down walls, but when you are home 24-7 you start to realize that your home isn’t as functional as you need it to be.”

When Cook started her projects back in April, most of the stores were closed and a shelter-in-place order was in effect. Cook took advantage of online shopping with